The winter 2017/2018 season did not bring a completely new ice tool to Black Diamond’s product line. However, Black Diamond did add a hammer configuration to their aggressive steep ice tool, the Fuel. This addition puts the Fuel in the category of ice and mixed climbing tools with an emphasis on steep technical climbs. So does putting a hammer on the Fuel put it above the Camp X-Dream Alpine, the DMM Switch, and the Petzl Nomic?

Everything that made the original Fuel great for vertical ice has remained. The angle of the pick and the curve of the shaft make it easy to swing and stick deep into vertical ice. The rubberized duel pommel makes it easy to hold and swing in a variety of grips and keeps your hand insulated from the metal shaft, all without needing additional grip tape. Spacing washers can be added to increase the handle length to accommodate climbers with larger hands or bulkier gloves. The pommel spike is useful for caning on an icy ground but is also removable, which makes it safer for mix climbing because there won’t be a spike coming towards you if your tool pulls out of the wall. 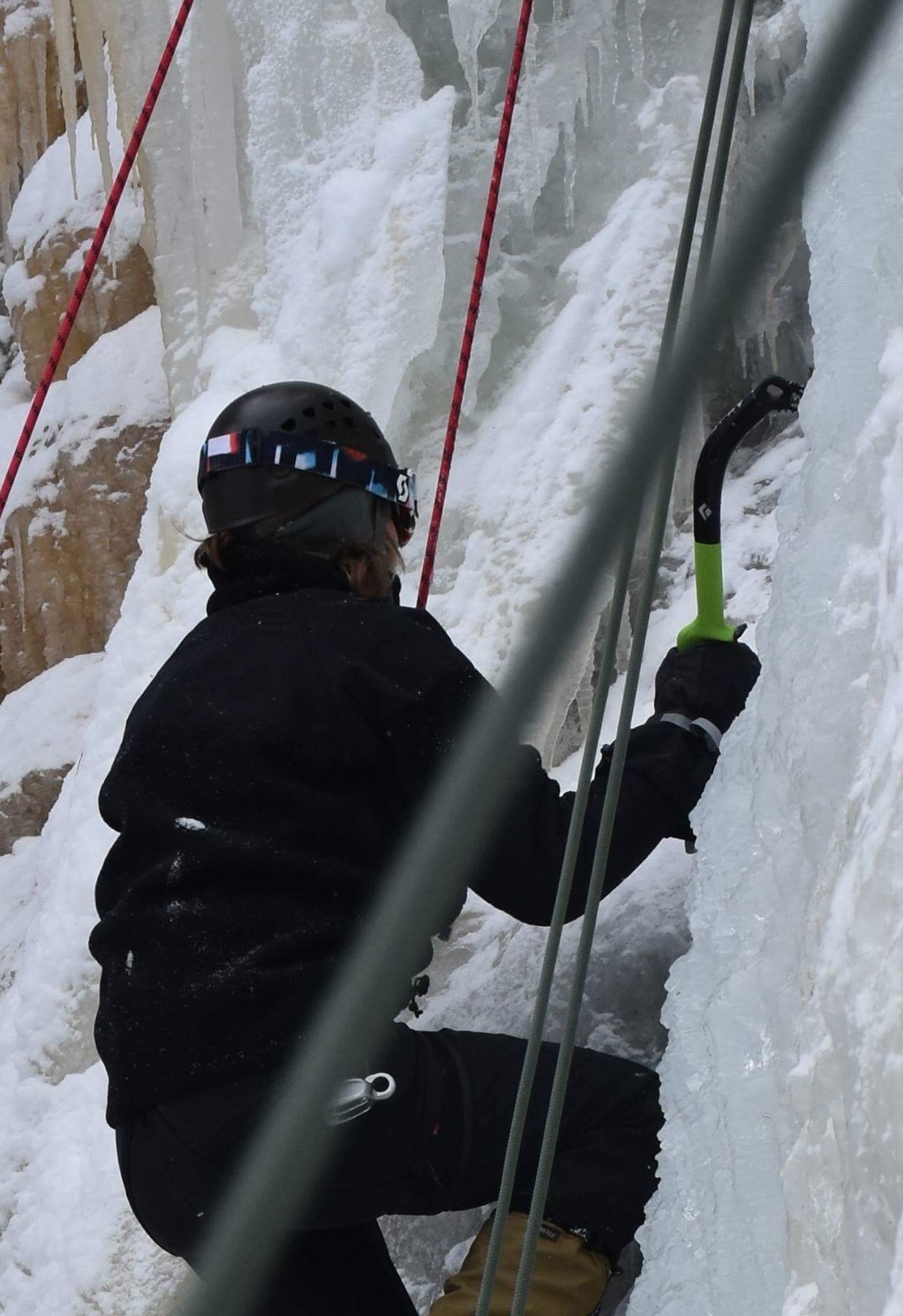 Adding a hammer to the Fuel is useful, especially in the north east where the cold weather can lead to less than ideal ice. I mostly use hammers to clear away the brittle outer layer of ice when setting up a solid multi-point anchor. None of the hammers on the tools in this category are as easy to swing as tools with straighter shafts, but they all get the job done.

Unfortunately, everything that made the original Fuel mediocre has also remained. For a tool that is trying to be versatile, it cannot do much to adapt to its role. The Petzl Nomic, DMM Switch, and Cassin X-Dream Alpine all have removable pick weights. These weights help drive the tools into ice or can be removed to shed weight when mixed climbing or dry tooling. Some climbers leave the weights off the tools for climbing ice, but at least they have the option. 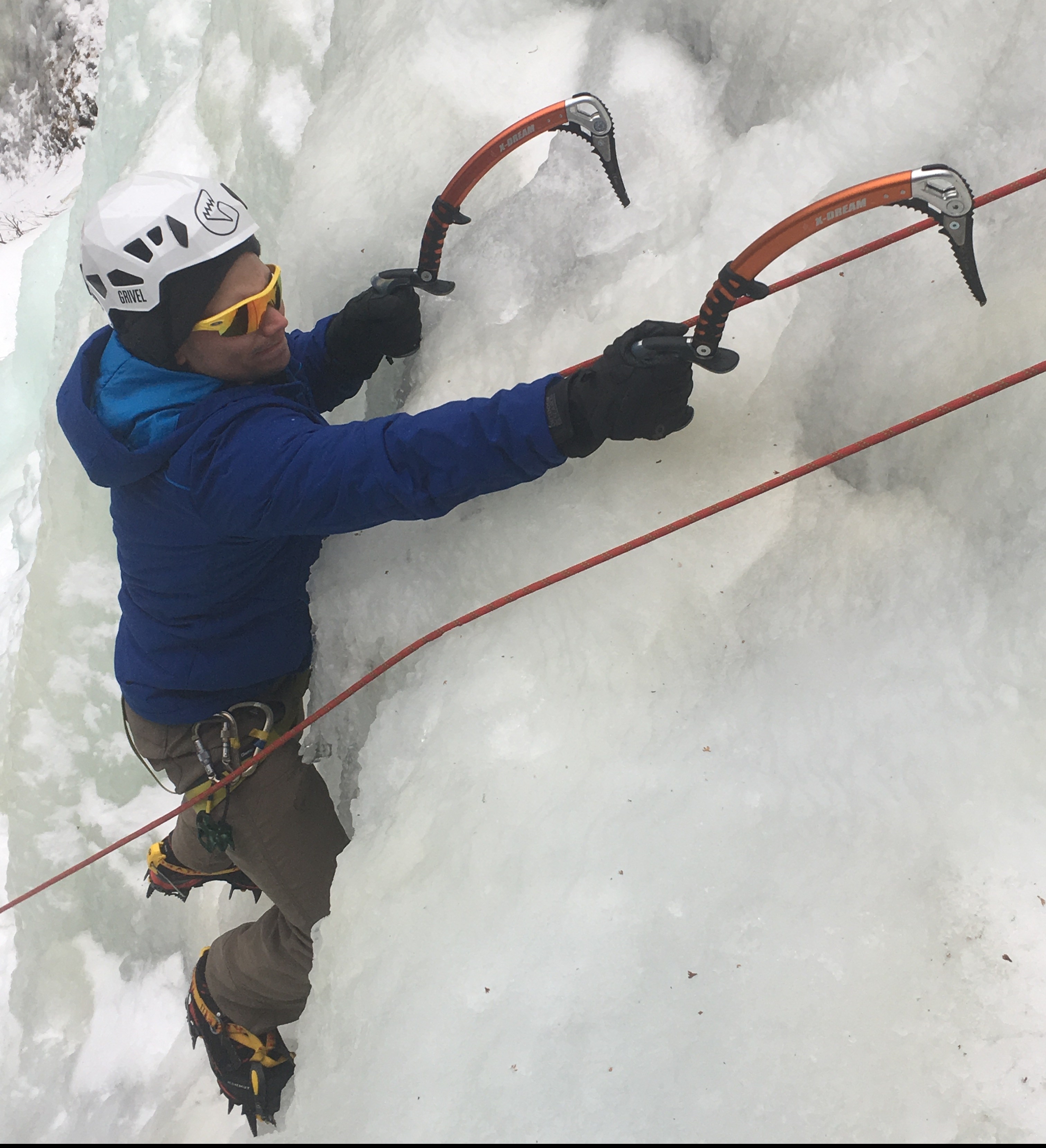 The next thing is the hammer. Black Diamond made the hammer part of the shaft itself which means there is no removing it. The Nomic does not come with a hammer, but Petzl gives you the option of purchasing one and putting it on. The Camp X-Dream has the hammer incorporated as part of the replaceable pick and picks without hammers are offered. The DMM Switch has the hammer and adze options incorporated into the replaceable pick as well, though it doesn’t give you the option of having neither a hammer or adze. There is no way to remove the hammer on the Fuel if it gets damaged or if you just don’t want it anymore. You only sacrifice adding 17 grams to the overall weight of the tool compared to the original hammerless fuel, but you are stuck with it.

Black Diamond’s original Fuel ice tools lack the versatility that similar ice tools have. The addition of a hammer to the tool does not change this. If you only plan on climbing vertical ice, the Black Diamond Fuel with a hammer is a great choice. However, if you are looking for ice tools that can be configured to be better suited for different types of climbing, both the Petzl Nomic and Cassin X-Dream are better choices.