We recently had the opportunity to climb in the Swiss Alps. Our trip started in the center of the country, in the cross roads of Switzerland. We spent a couple days refreshing our skills and acclimatizing to the environment. The air was thin and dry. The surrounding mountains were scattered with snow and the surrounding slopes were mostly bare.

Then, we drove south to the Canton of Ticino. After the hour drive it felt like we were in a whole new part of the world. It was hot and humid, and we were at about 300 meters elevation. As we were walking up to the climb, the cliff looked massive.

View of Monte Garzo from the Road

We were climbing a route on Monte Garzo called “Lucertola”, the Italian word for Lizard. It was 12 pitches rated at 6c in the French system, all bolted. 6c / 5.11 seemed pretty intimidating, especially for a 12 pitch climb. We stood at the start and looked up. It was all slab for as far up as we could see. I led the first pitch. I didn’t have much experience on slab, since I usually stay away from it. The angle was steep but there seemed to be pockets that made smearing possible. 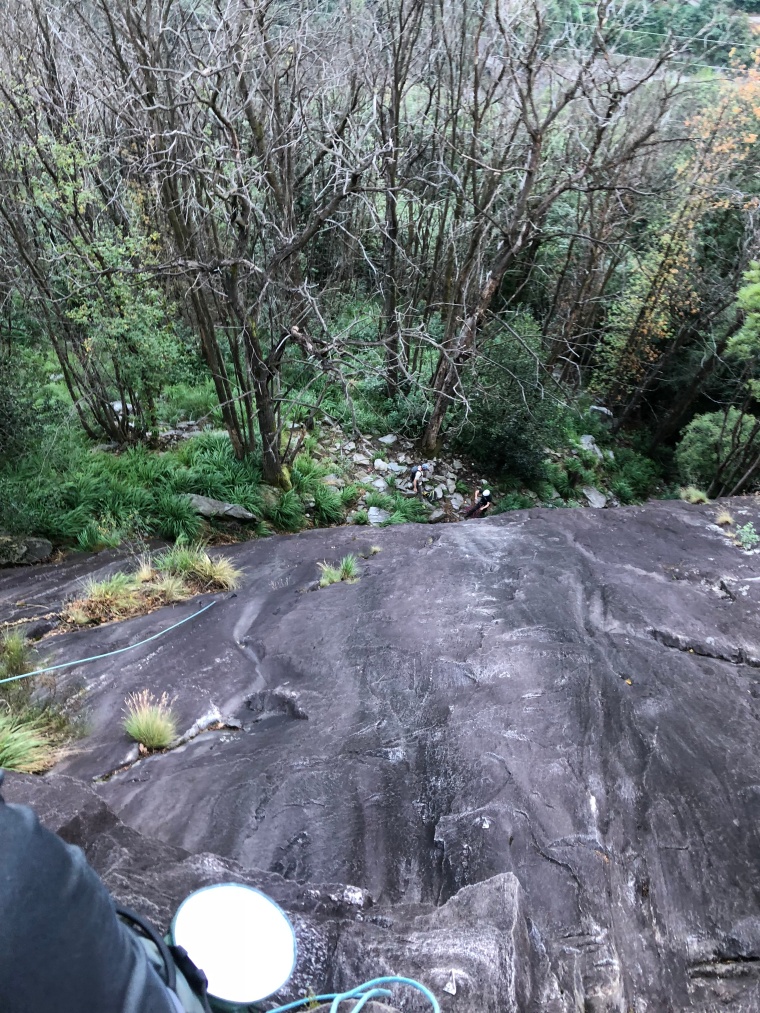 The View Down from the First Pitch

The next couple pitches were more of the same: steep slab.

Looking up at the Fourth Pitch

About 6 pitches up, the route changes from slab climbing to vertical face climbing. Finally being able to grab the rock with my hands made the climbing feel way more secure. 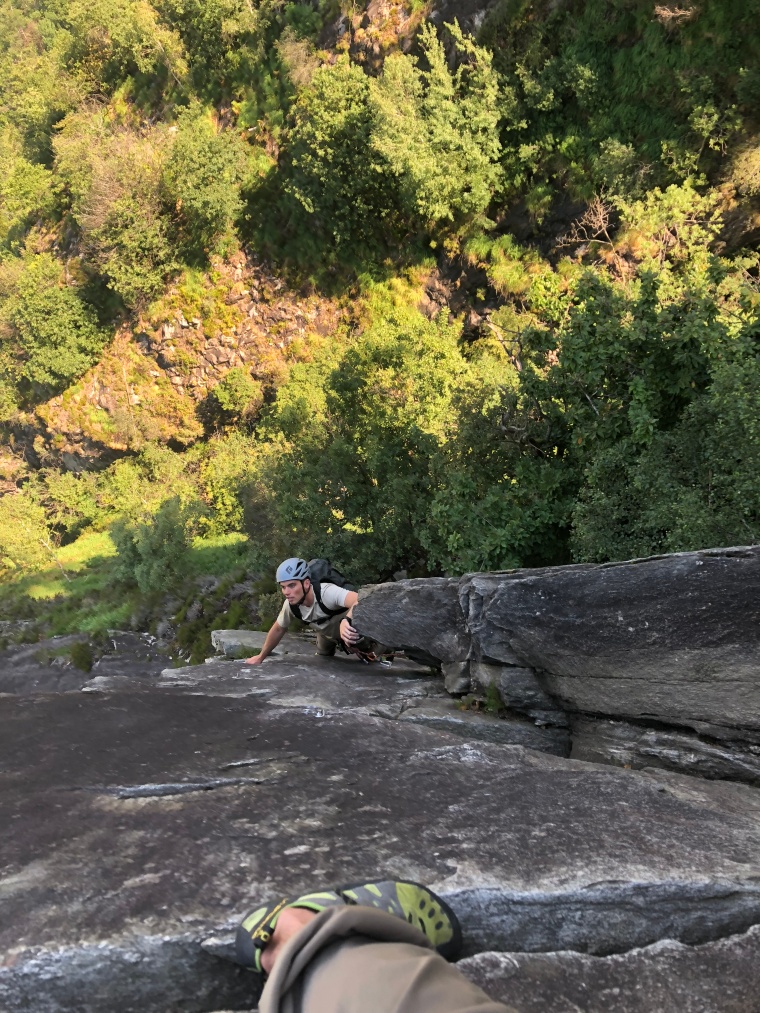 The Top of the First Vertical Pitch

The last half of the climb was face climbing of different difficulties. It seemed to alternate between easy and very difficult. 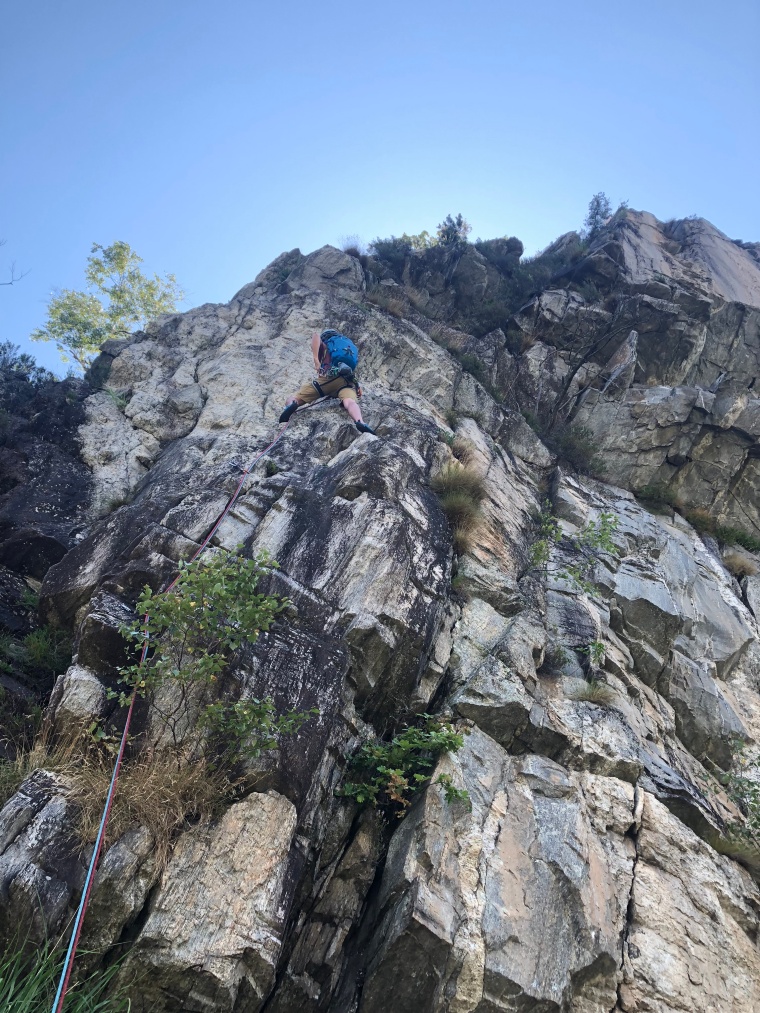 Climb Up and Left for the 6c Crux

The crux was a slightly overhung roof with not much to hold on to. With the fatigue of 10 pitches under me, it definitely wasn’t a first time send. 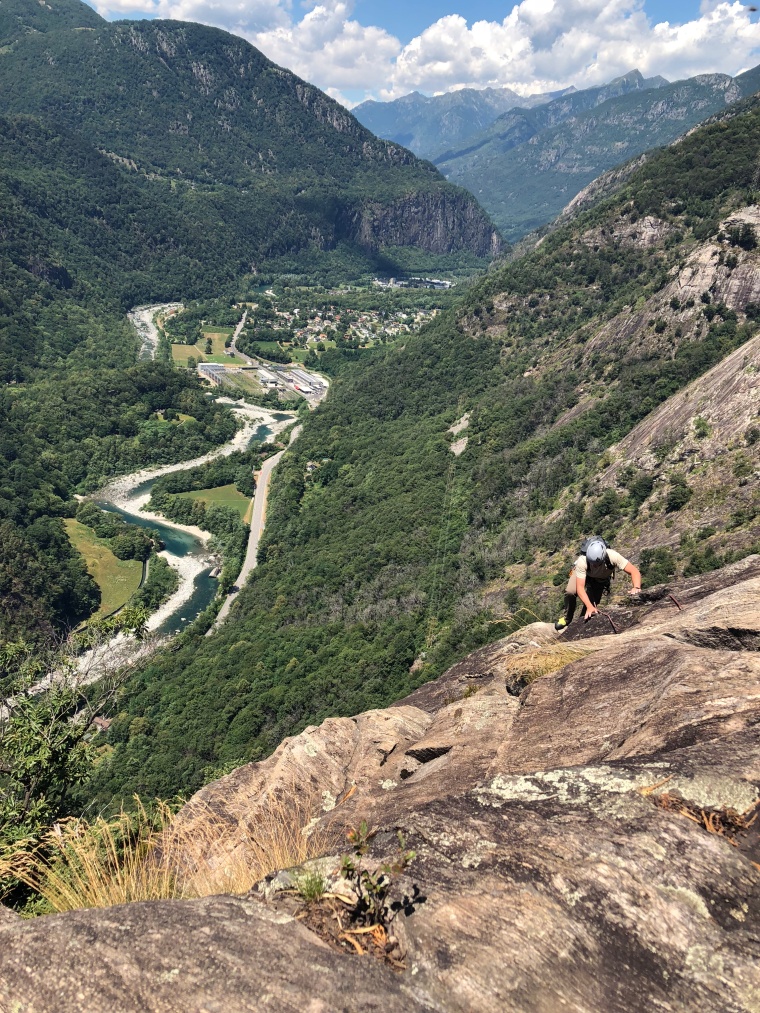 Topping Out, Town of Avegno in the Background

This was an incredible first climb in Switzerland. It was long, it was difficult, it had slab, and it had face climbing. Of the rock climbs I have done, it was definitely the most diverse. We started in the morning on slab in the dark forest and after 6 hours of intense climbing we ended on the hot, bright cliff top exhausted and with a long walk-off ahead of us. 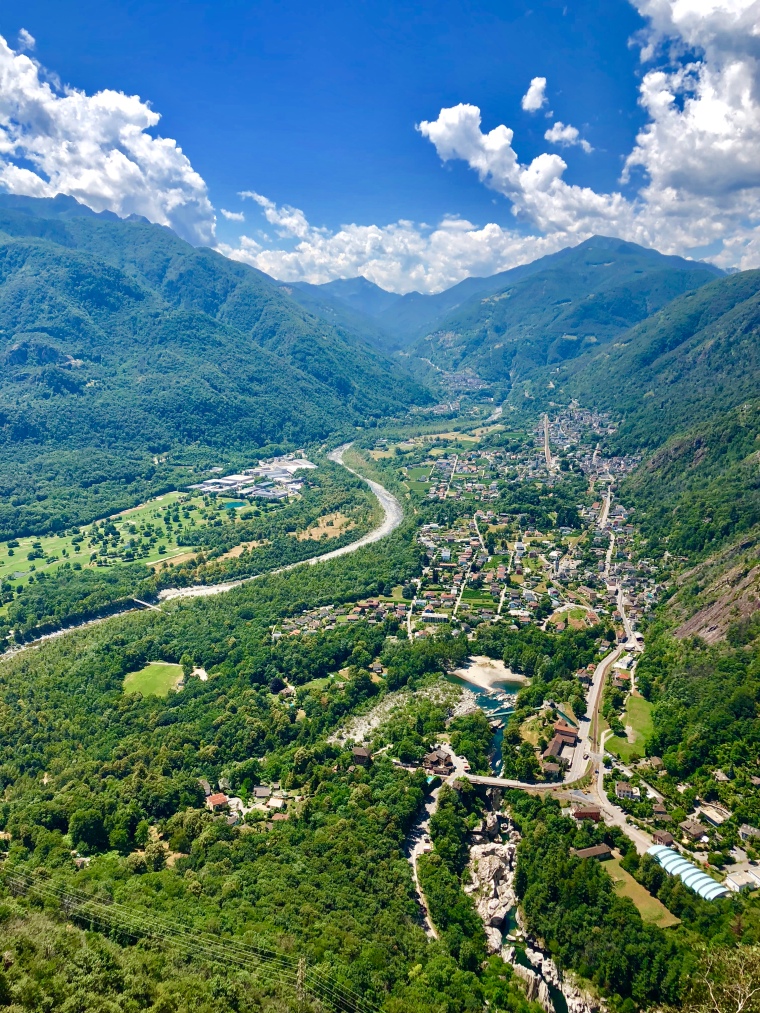 This was just the first of many intense days we had in Switzerland. We were about to get a lot colder as we went back into the Alps, which you can read about in Part 2.